All publications by Fr Raymond Murray and Fr Denis Faul may be viewed in the bookcases. The items in each bookcase are arranged in chronological order and by category as described in the appendix of State Violence by Raymond Murray.

N.B. To close a book in the bookcase, press the X on the right hand side just above the black frame. To go back to library, press button at bottom of each bookcase page or back button at top left hand side.

The Law – Leaflets and Broadsheets

The next thing was I got a phone call from Father Faul saying” I’ve just heard. Go in to Armagh, go to the prison, men are being sent up to Armagh”. The Borstal boys were being taken out and 140 men I think it was were brought into the prison and that’s what changed my life. They were wearing prison clothes of course. I started interviewing them, there were the wings, A wing and B wing, there was a circle leading into the wings and there was a little hut type of thing in the circle and I brought them there, spent a week from morning to evening, I brought in my little notebook and took down their statements, about 30 or 40 of them, and we got an independent doctor to come in and examine them. Those that I saw, I made them strip and I never saw such terrible torture. Some, their backsides were completely black, they had been held over electric fires, they had been very badly beaten. And I went out and typed out the statements, came back in again and got them to sign them, all done secretly of course, I wasn’t searched at that time and then I headed for the press. Went down to Dublin, went around all the editors and the people were not interested, apart from the Irish Press which put in a little bit. And then sometime later I gave the statements to John Whaley (?) –  Sunday Times was a good independent paper of the time – he put two little pages in the paper and what do you know, a few weeks later the Irish papers, started to copy what he had said but they got it a few weeks before that. I think he got reporter of the year for his report.

But anyhow I made copies of these, went to factories, they copied them for me. I was trained in history, it’s always been my interest, and I was determined then that that this should go down. We’ve had a policy, Fr Faul and I, “What about the little people, what do they say?”. The Association for Legal Justice, we were associated with that. Women in the evening time, a few men taking statements in Belfast and some in Derry. This was very important to get their stories. Then I thought I would publish this, these 30 or 40 men that had been ill-treated that I had just seen and I put it down in a pamphlet. (Public meeting, Monaghan December 2015 Case of the Hooded Men) 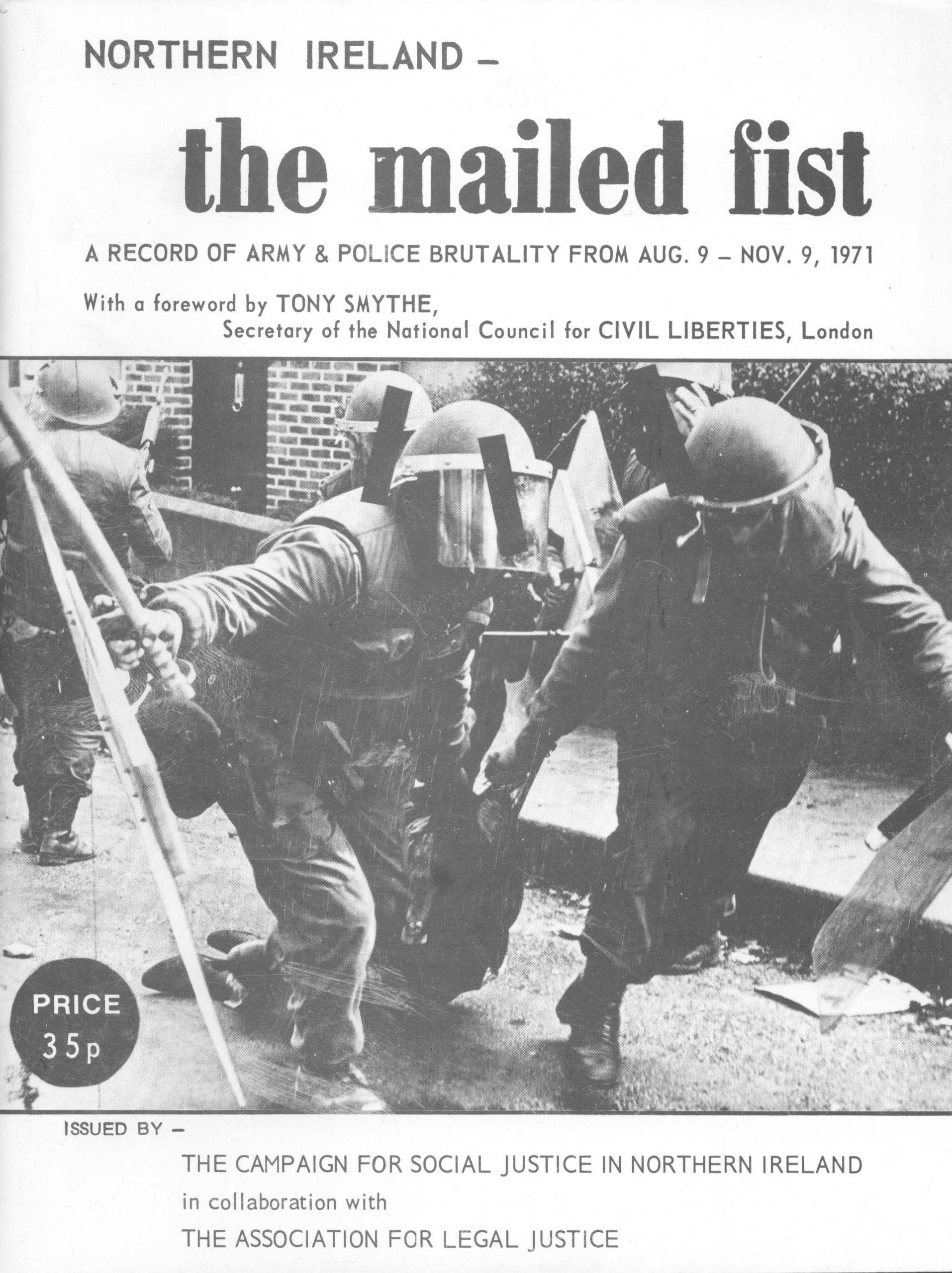 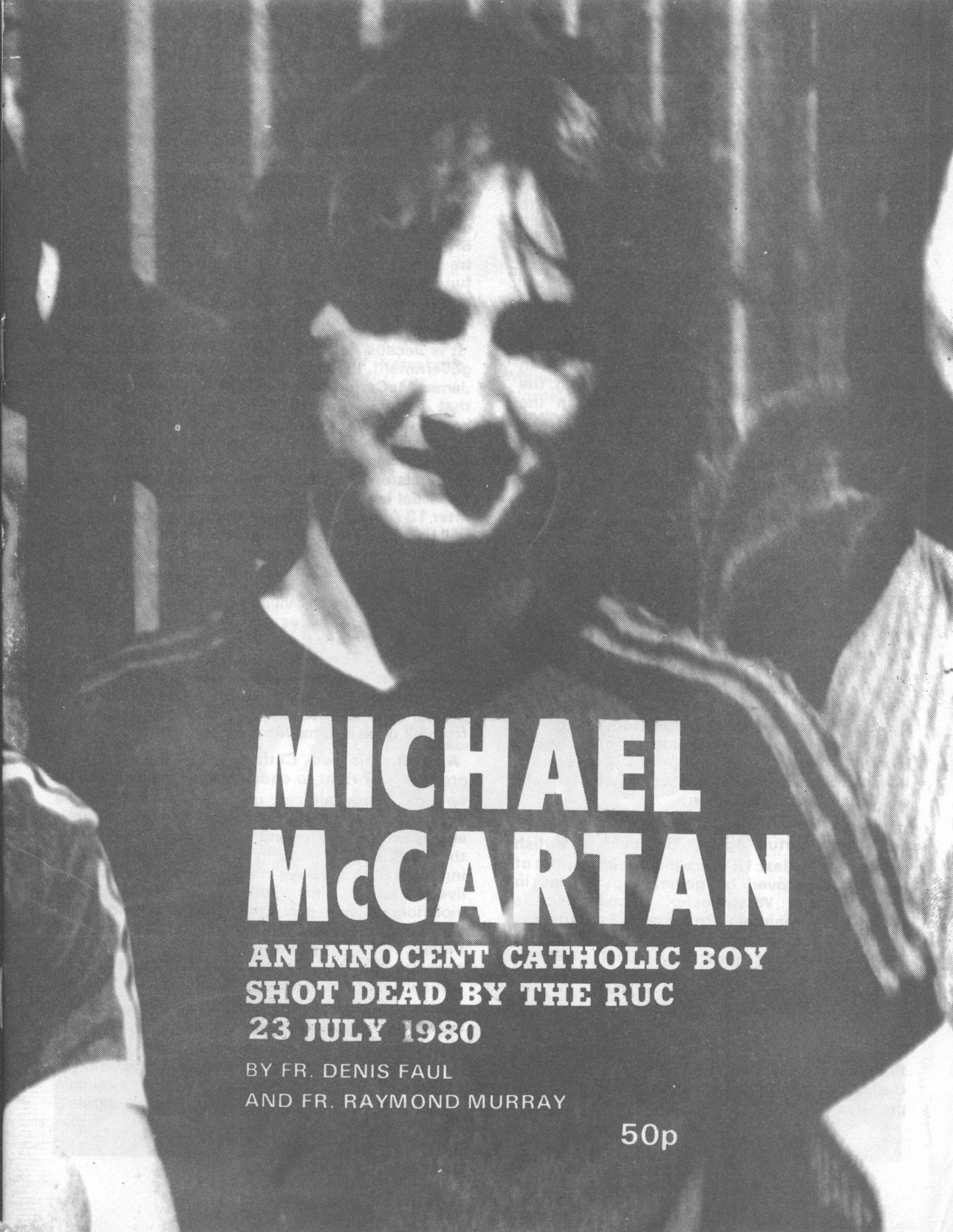 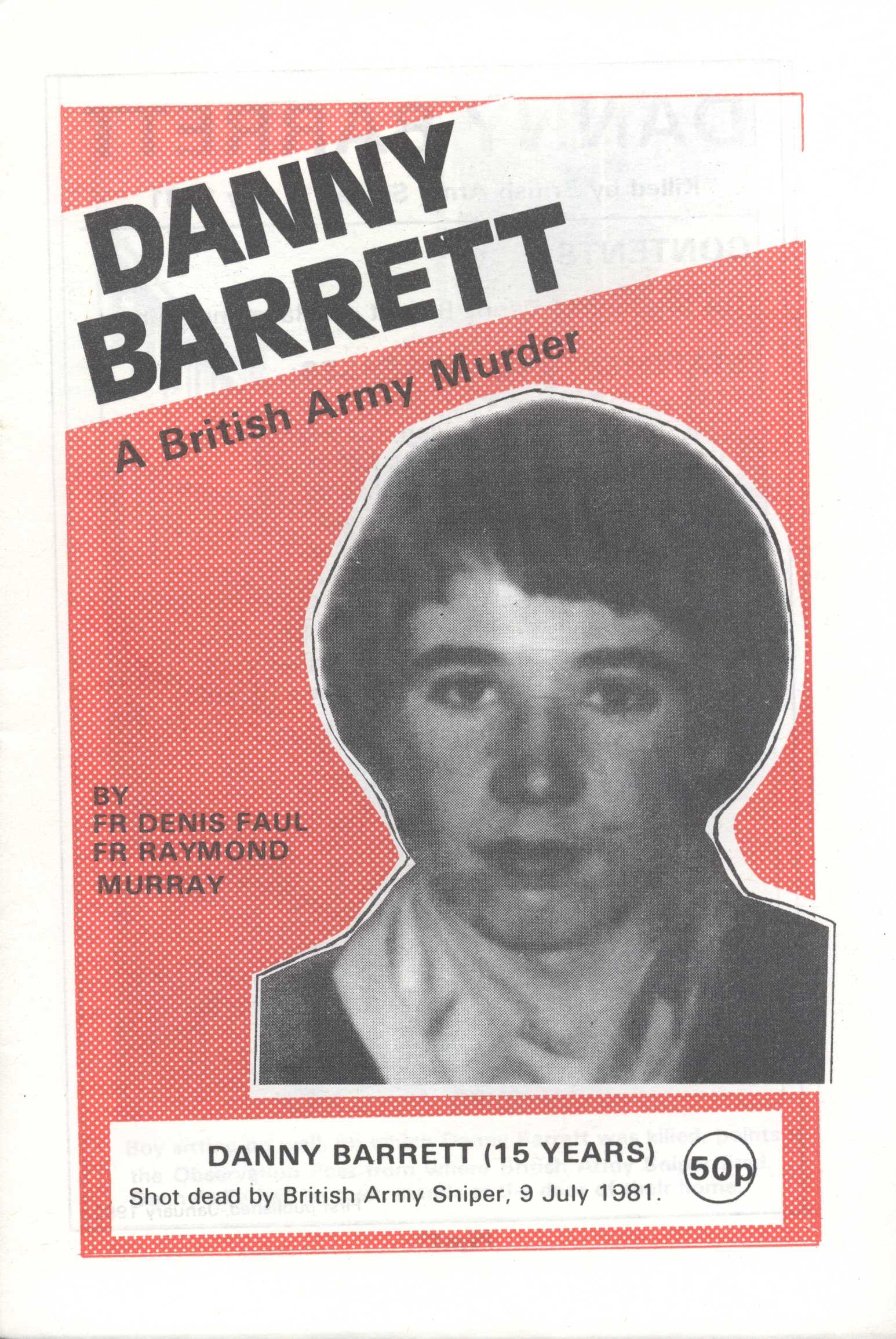 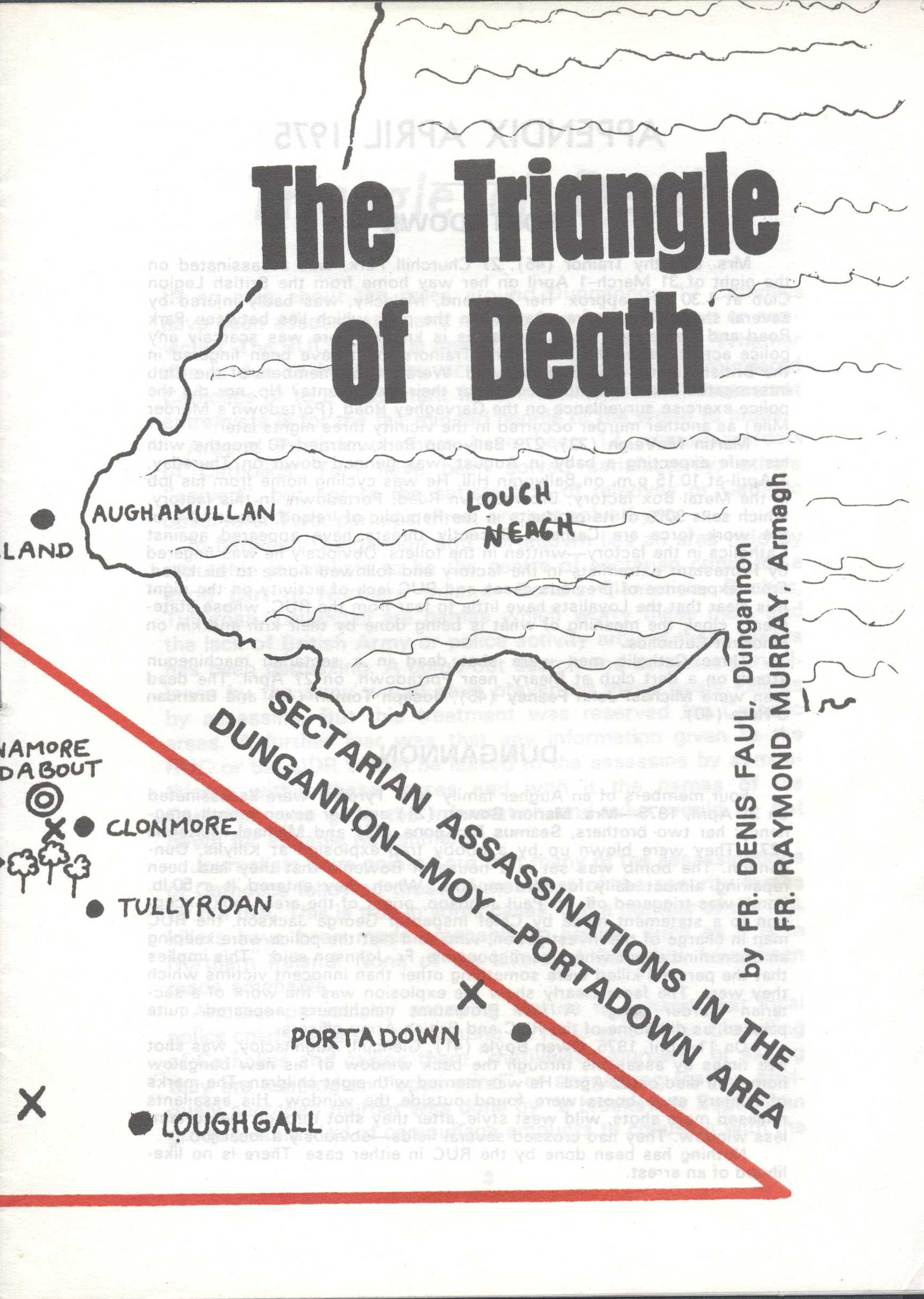 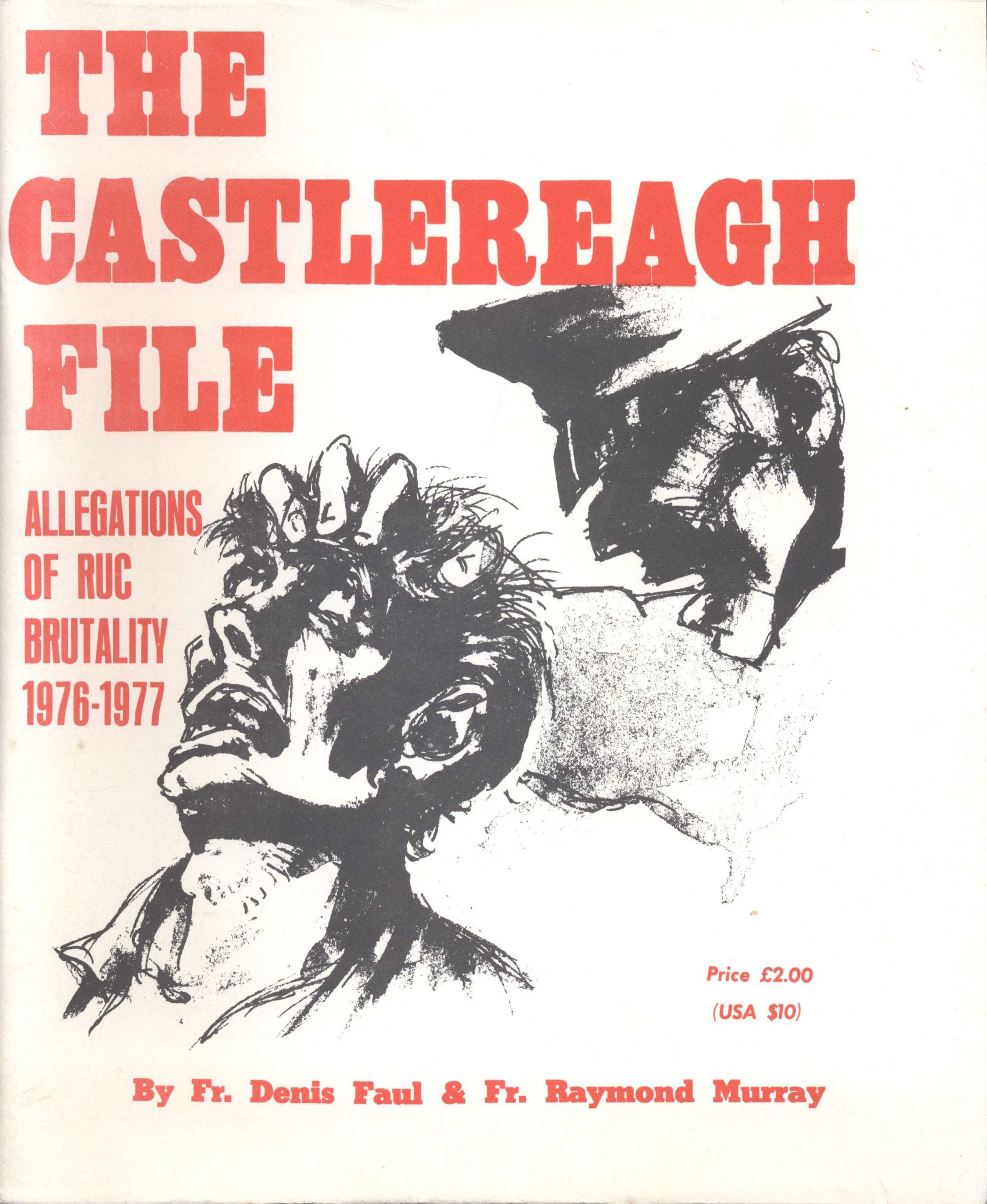 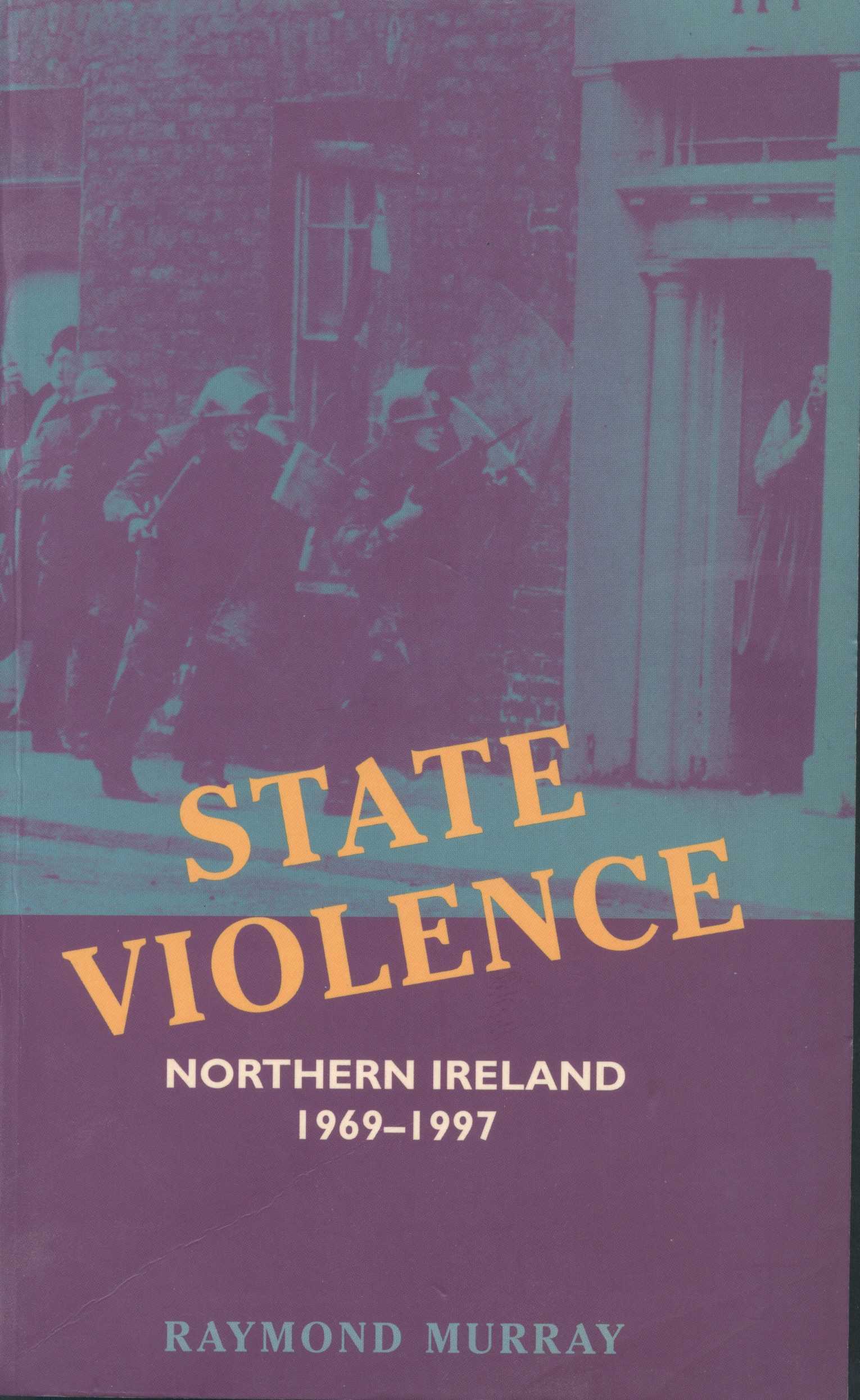 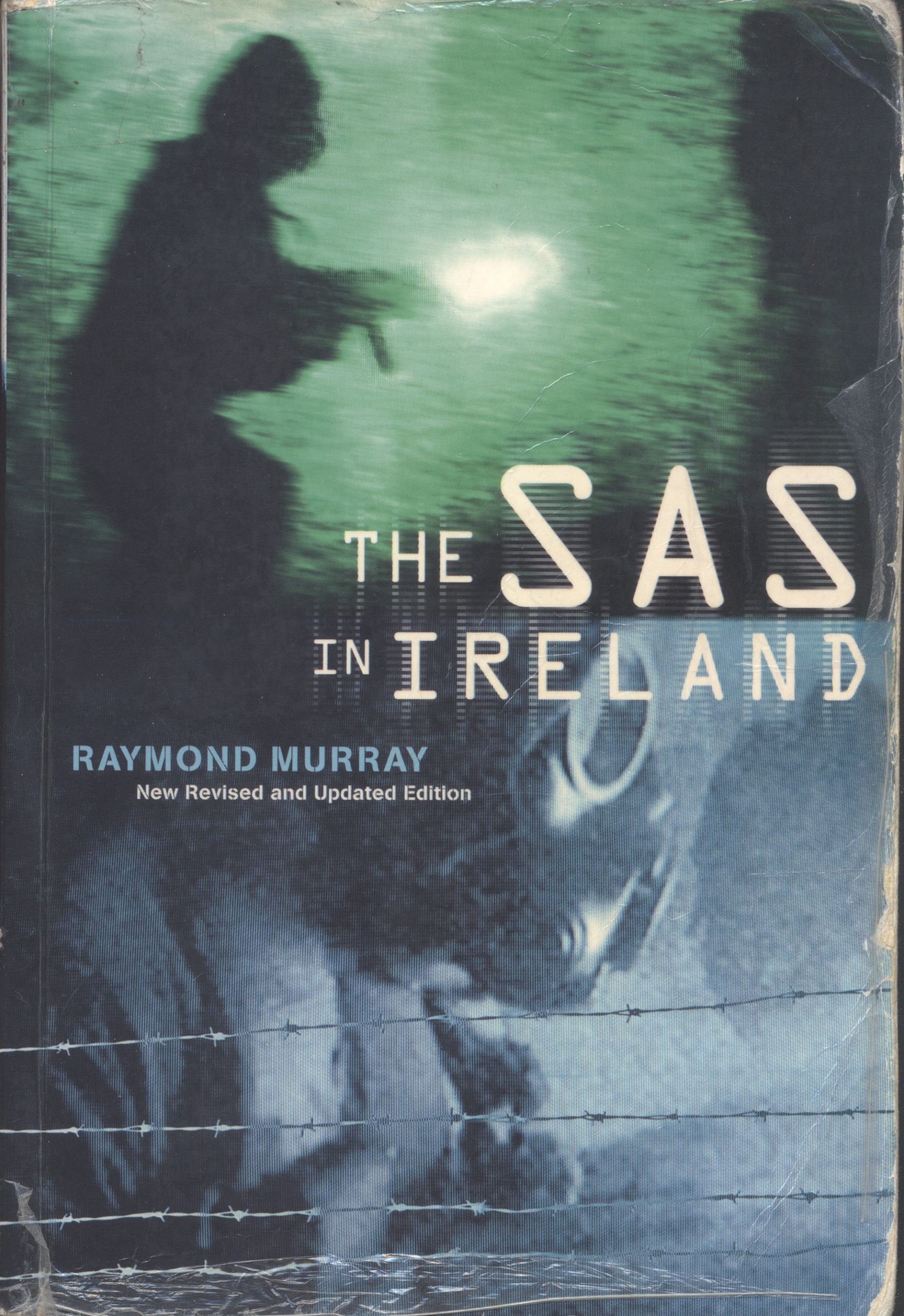 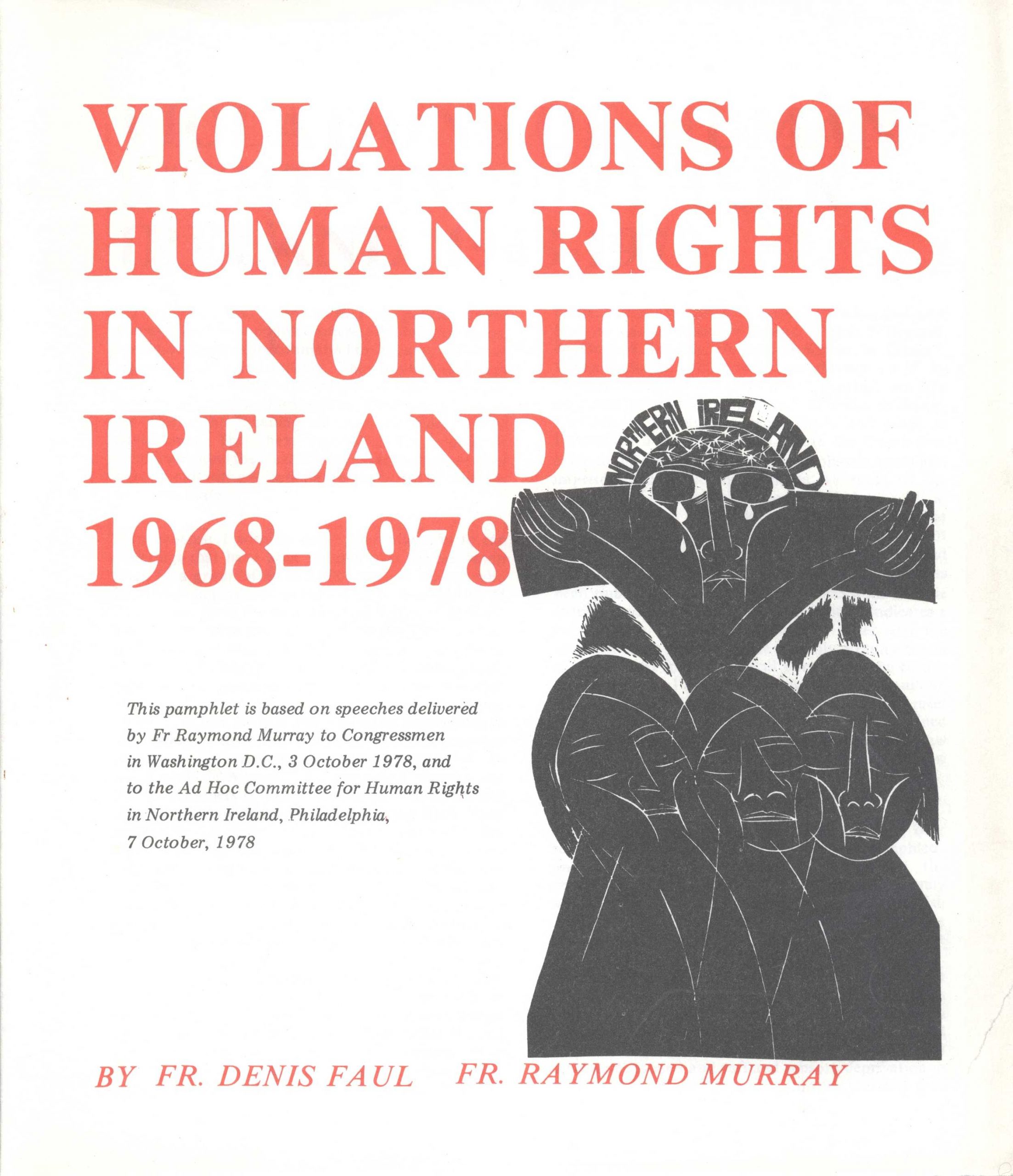 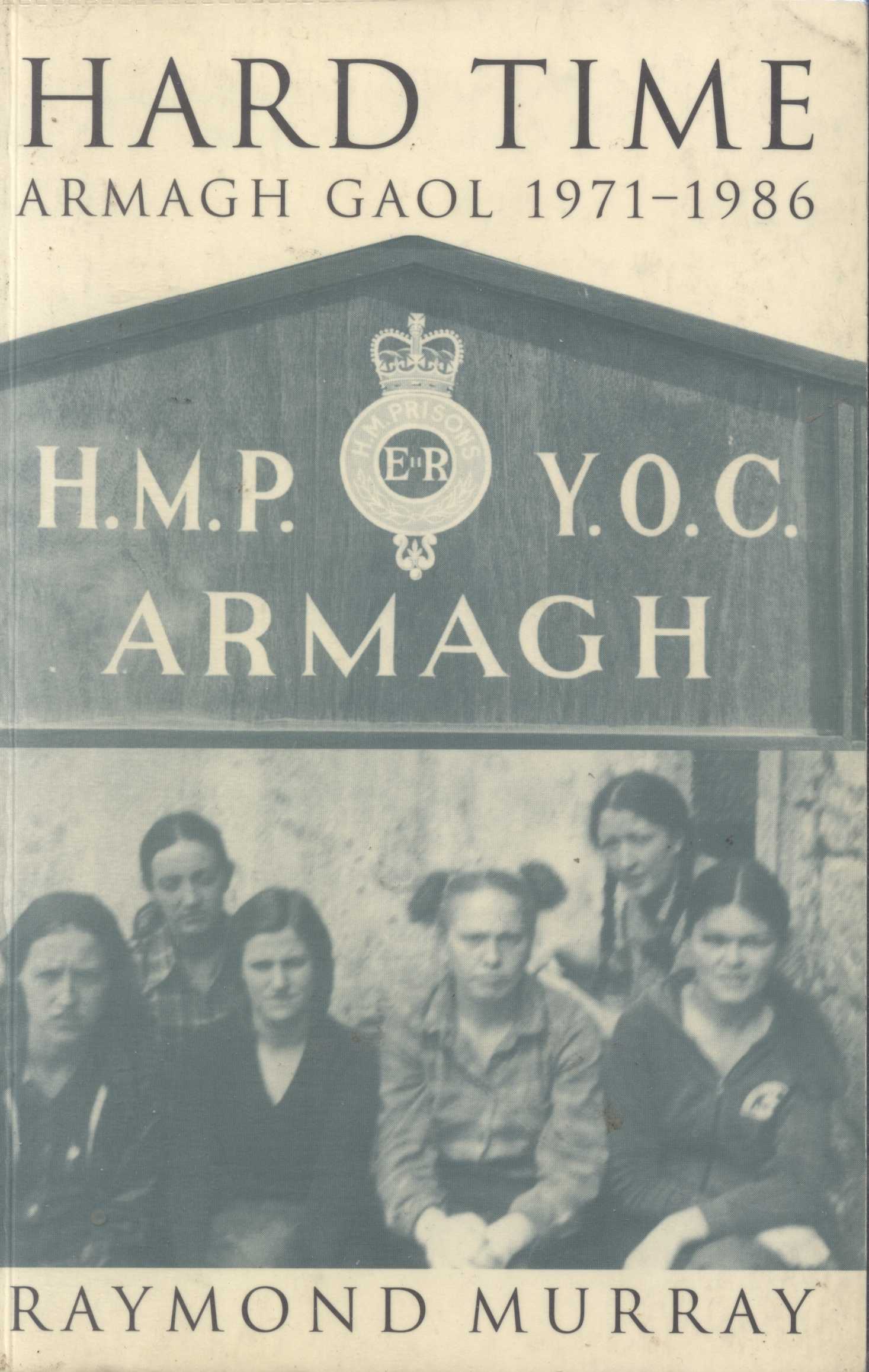 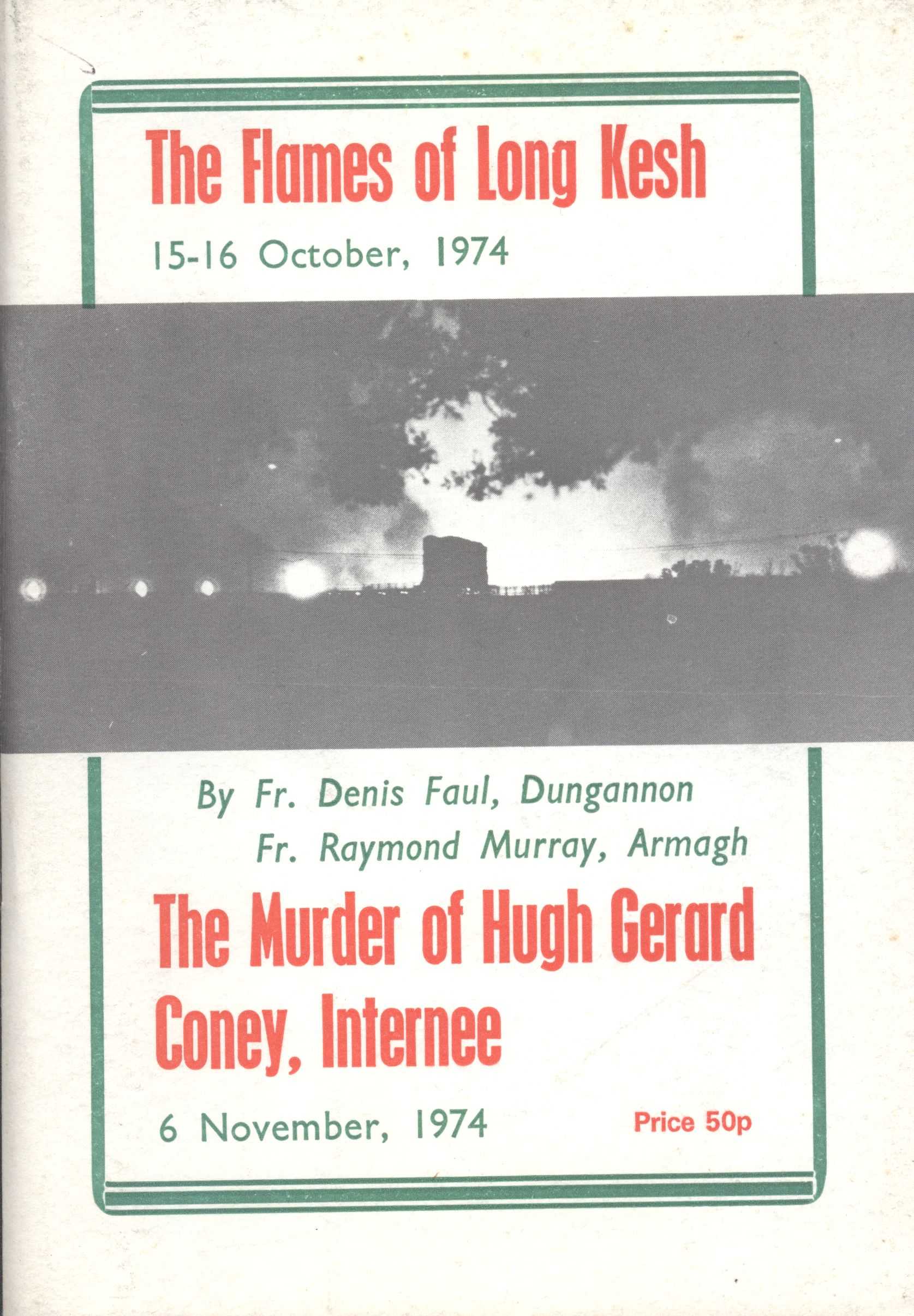 In the following letter, Fr Denis Faul outlined the reasons why he and Fr Raymond Murray focused on the violence of the British Army, the RUC and loyalist paramilitaries in their writings:

I take the unusual step of replying to a review of my book on the Norney case. (12/10/75 page 12). Please understand my position, and that of my fellow priests Fathers Brady and Murray. At our own expense we are reporting the crimes that go unreported, because they are committed by the British Army and the RUC. The crimes of the Provisionals and Officials and IRSP are well publicised; but I have noted over the last four years that the only occasions that my remarks are publicised by BBC UTV and papers like the Belfast Telegraph are when I condemn these republican groups for atrocities. I have done this very frequently; not all my condemnations are publicised by the same public media; that would be to spoil their wish to “type” me and my friends, and to suggest that we are partisan.

I would not have suspected that an “independent” review like yours would have designated us as “partisan”. You should have noted that we have to produce booklets and leaflets in the style of mediaeval theologians and hand them around to overcome the British Army lying machine, which is subsidised by public money and the media.

The Loyalist assassinations of Catholics were also misrepresented by the RUC and the media, and we found it necessary to correct the record here too. Too many assassinations were being attributed by the RUC and the media to “motiveless” murderers and Republican disputes, never to naked anti-Catholic sectarianism. We had to draw attention to the fact that practically no arrests were made in the triangle of death. “Dungannon and Portadown in over 30 assassinations of Catholics.

Your article seems to justify the British Army, if they are shot at, in killing somebody … anybody in return. Nobody denies that shots were fired at the Black Watch that night of 13/9/75, but did that justify them in shooting Leo Norney who happened to come along half an hour later, (cf our pamphlet page 23)?

Norney’s mother informs me that the RUC suggest to her that the powder mark on Norney’s cheek, (theonly forensic evidence) was caused by a bullet which splintered on the railings of St Aidan’s school, beside his head.

Remember, it is true to say that a defenceless Catholic civilian population has been assaulted for six years; part of that assault has been the concealment of the murders, tortures and assaults of the so called security forces by the public media who have consistently blacklisted and ignored the statements of myself and my colleagues.

A pity your “independent” Journal could not have understood our attempt to defend the “losers” who have no seats of power who are treated as “white blacks”, by the RUC, the judiciary, the British Army, the British press, who are expected to give up their innocent lives, their human rights, their liberty, their homes, their Catholic schools to a group of unjust people who have terrorised over them in the most shameful way known in Northern Europe since Hitler. You will get no medals, no seats on the Wooolsack, no honorary degrees, mitres, or mayoral chains from telling the story of the oppression of Catholics; more likely to get your name denigrated by those who aspire to such things as a dangerous person, not to be quoted and not to be befriended. But the truth remains and will prevail, even in cheap leaflets and booklets.

Although the Good Friday Agreement and the peace process have been welcomed by an overwhelming majority of people in both Unionist and Nationalist communities in Northern Ireland, Monseigneur Raymond Murray, who for years has been an outspoken and courageous crusader for human rights, believes that it is essential for the future of the whole community that people do not ignore the abuses of power that occurred over three decades of conflict.

According to Monseigneur Murray, it is necessary for the British Government to acknowledge that over 30 years it acted unlawfully and immorally, in the murders of innocent people, in ill treatment in interrogation centres and in corruption of the legal process.(State Violence back cover)

Theme by WPExplorer Powered by WordPress